Holding volatile investments, like stocks, over a long period of time reduces the risk of losing money. Let’s look at a graph of what happens when we hold stocks for different periods of time. 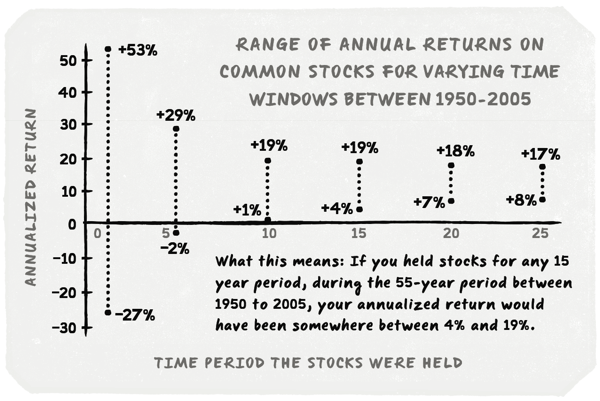 What does this chart tell us?