Compounding returns is simply earning money on past earnings, and is the most important concept in this book. It’s what turns small saving, into large amounts of money.

Let’s walk through an example:

It’s hard to believe such a simple concept could be so important. But after many years of investing, the majority of your savings will have come from compound returns, rather than original investments.

Stephanie is 25, and has a salary of $50,000. Her pay increases yearly with inflation. If she saves just 10% of her income, and earns an 8% annual return, then at age 55 she will have invested $280,000, but will have accumulated nearly one million dollars! 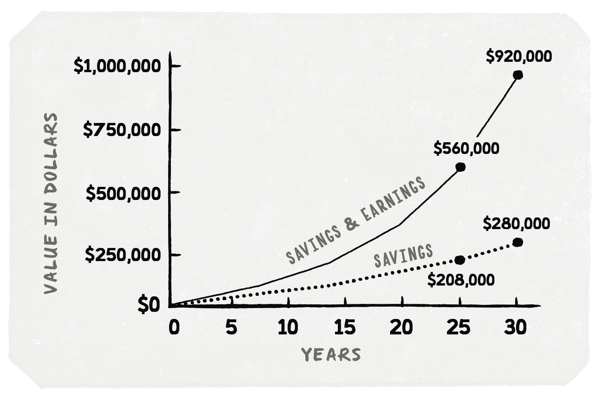 It’s super important to understand the concepts in this chart:

←What is financial freedom? Asset classes→